Our Softability Studio Team is growing!

With all of our success in developing Enhanced Reality Solutions for businesses over the last year, the demand has grown and we have been able to hire more professionals to our Softability Studio team. Since April last year, we have recruited 5 “the best of the best” developers to our Studio team and now we can proudly present our great Studio team including Anssi, Lucas, Stanislav, Erno and Mikael. Last but not the least, a special mention to our energetic and visionary Sales Manager,  Mikko Luukkonen, who is responsible for sales of Softability’s software developers and test engineers. It was Mikko who successfully introduced Microsoft’s Mixed Reality concept to Softability and the customers and as a result, launched the AR/MR/VR development at Softability in spring 2016. And from there, the success story has begun.

In April 2016 a skilled young software engineer Anssi Seppä joined Softability. His responsibility was to develop MR applications using e.g. Unity3D and Microsoft HoloLens emulator. Soon the first HoloLens devices were in test at Vantaa office and Softability was the first company in Finland who started developing mixed reality applications on the Microsoft HoloLens platform. Soon also other AR/VR technologies and wearable headsets were in use.

Anssi started his career at Softability as a trainee. According to him it was rewarding and challenging to work with the latest AR/MR technologies so the trainee period soon turned into a permanent position.  Anssi develops augmented reality applications using mostly Unity3D and several wearable headsets like HoloLens and Vuzix, but he also does software development with Java, Android and .NET. Anssi is passionate about programming and his hobbies include 3D graphics programming, C++, OpenGL, Direct3D.

In June 2016, Lucas Cosson, was recruited to Softability for his experience in Unity and augmented reality. After a few months Lucas was promoted to team leader for the Softability Studio. He has an IT Bachelor’s Degree from Metropolia University of Applied Sciences, where he was also a lecturer in game programming.

Stanislav Stoyanov is an experienced Senior Software Developer  at Softability since November 2016. Stasho has a long background in software design and development and he has created software for various companies in several industries. He started developing professionally already as a university student almost 20 years ago. Stasho works as senior software developer in demanding R&D projects and lately he has developed a Windows-based system for a large industrial company. Stasho is a great addition to Softability Studio team with back-end and cloud development skills. Additionally, he has acquired Android and Unity development skills and developed a professional app for Gear VR on his free time.

This year Softability Studio team has grown with two more top experts. One of them is Senior Software Engineer  Erno Soinila, who works with Unity3D and develops augmented reality applications on HoloLens and smart glasses. Erno has a long background in Aalto University, where he has done his Doctor of Science in engineering. In addition to that, he has even longer background in game development. Erno coded his first games at the age of 8, so game making is his hobby #1 without question. Erno has for example done a hobby game HummCar. Erno loves challenges and creative out-of-box thinking. He turns the augmented reality “what-if-ideas” into working demos. According to Erno, the faster the transition from idea into reality is, the more fun it is.

Mikael Bowellan, Lead Artist, is our newest addition to the Softability Studio team, where he is responsible for the visual design and 3D modelling of AR solutions and mobile platforms. Mikael has over 18 years of professional 2D/3D experience. His expertise includes visual development, style and graphics production, 2D/3D graphics and game design. Mikael has a Bachelor of Arts in Architecture, but instead of designing houses, 3D possessed his soul and he decided to get into gaming industry. Mikael was for example the Lead Artist in PC-game called “Shattered Horizon”.
– Being an Art Lead at Softability Studio allows me to be in the leading edge of the coming technology and I’m eager to see what we can do in the coming years!, says Mikael and tells that VR/AR development has been his “next goal” because the emerging AR technologies mean that there is plenty of room for innovation and exploration.

We are now delighted to welcome our newest team members Erno and Mikael!

And finally, the good news is that we are still looking for enthusiastic developers for Softability to join our Studio team. Check out our open positions. If you’re interested in being a part of the awesome team at Softability at Vantaa, we’re currently looking for a Unity Developer. Contact us if you feel the passion to be in the forefront of augmented reality development. The position will be filled when a right candidate is found.

Softability Studio is an experienced and creative team, which is responsible for implementing AR/MR/VR technologies and applications for the need of our business customers. Softability Studio develops Augmented, Mixed or Virtual Reality applications on several platforms (UWP, Android, iOS) and for different kind of devices such as Microsoft Hololens, Vuzix, ODG and Epson smart glasses as well as VR headsets like Oculus Rift and Gear VR. Softability Studio’s applications are a perfect blend of the team’s experience, customers’ requirements, and technological capabilities. We help our customers to experience the future ideas. Contact us: studio@softability.fi 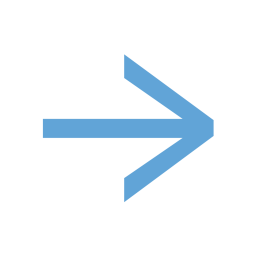 I am a hands-on marketing professional with over 10 years of experience in digital marketing, product and technology marketing and communications. 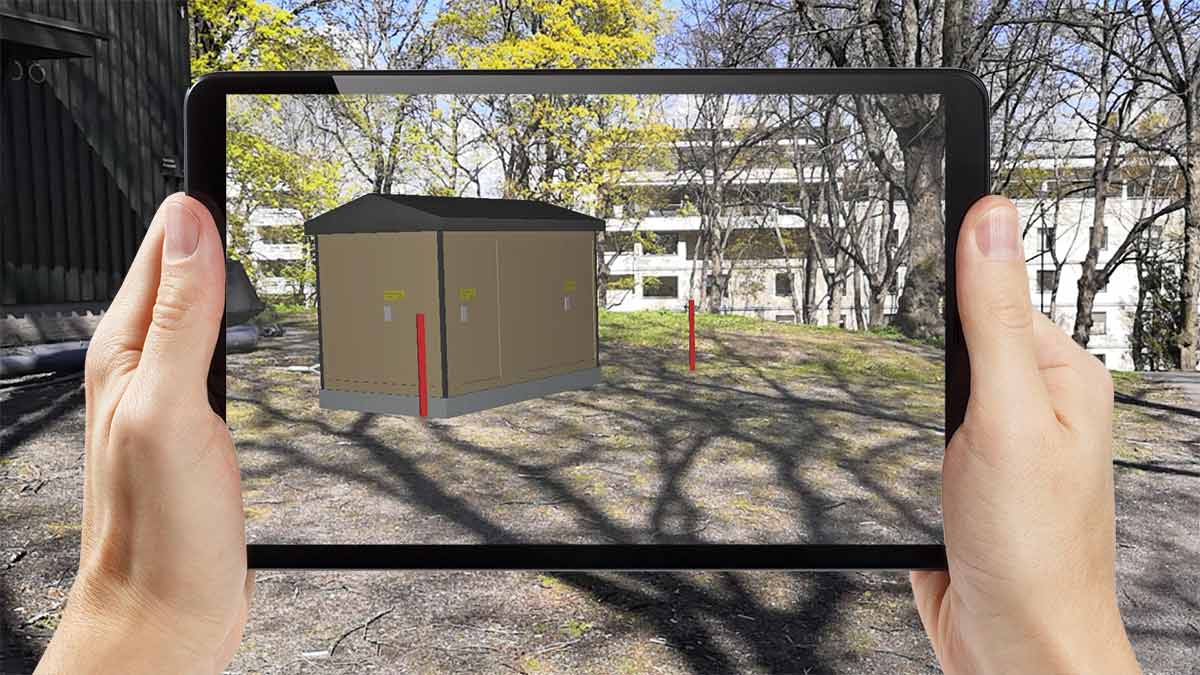 Softability developed an augmented reality application for HeadPower Oy to improve the quality and efficiency of the company’s end customers’ work, as well as customer communication. The primary target group for the application was infrastructure network designers. Network designers have to use many different tools in their work when trying to agree with the landowners on the details of the equipment installations. 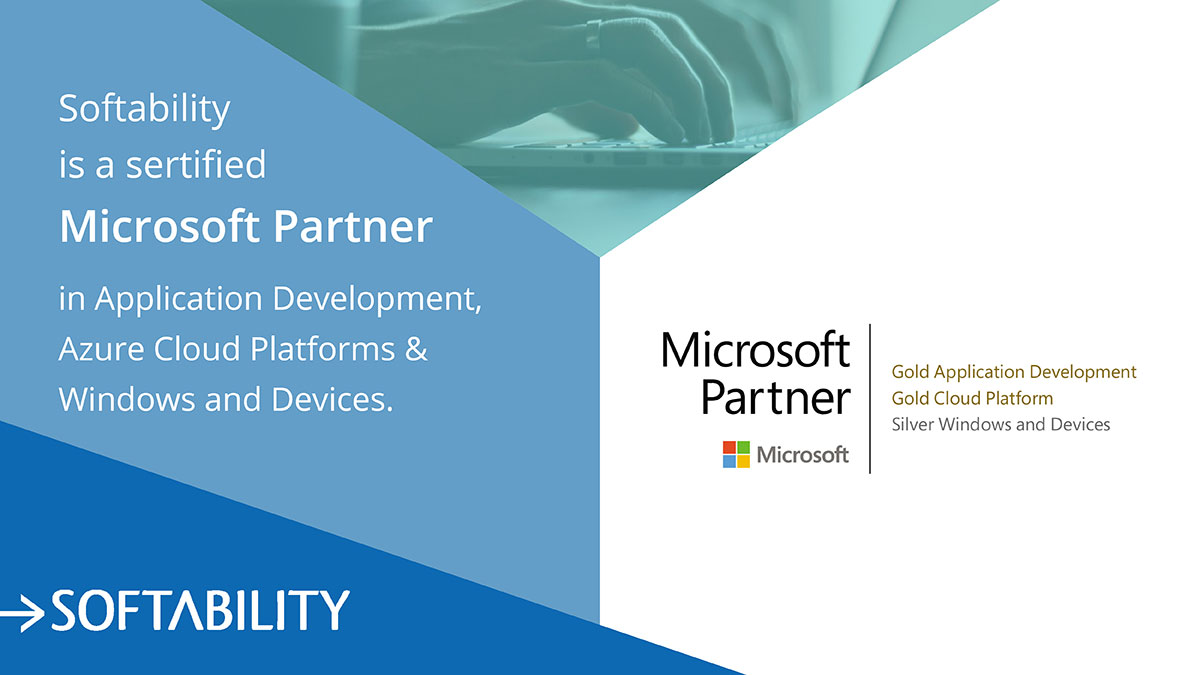 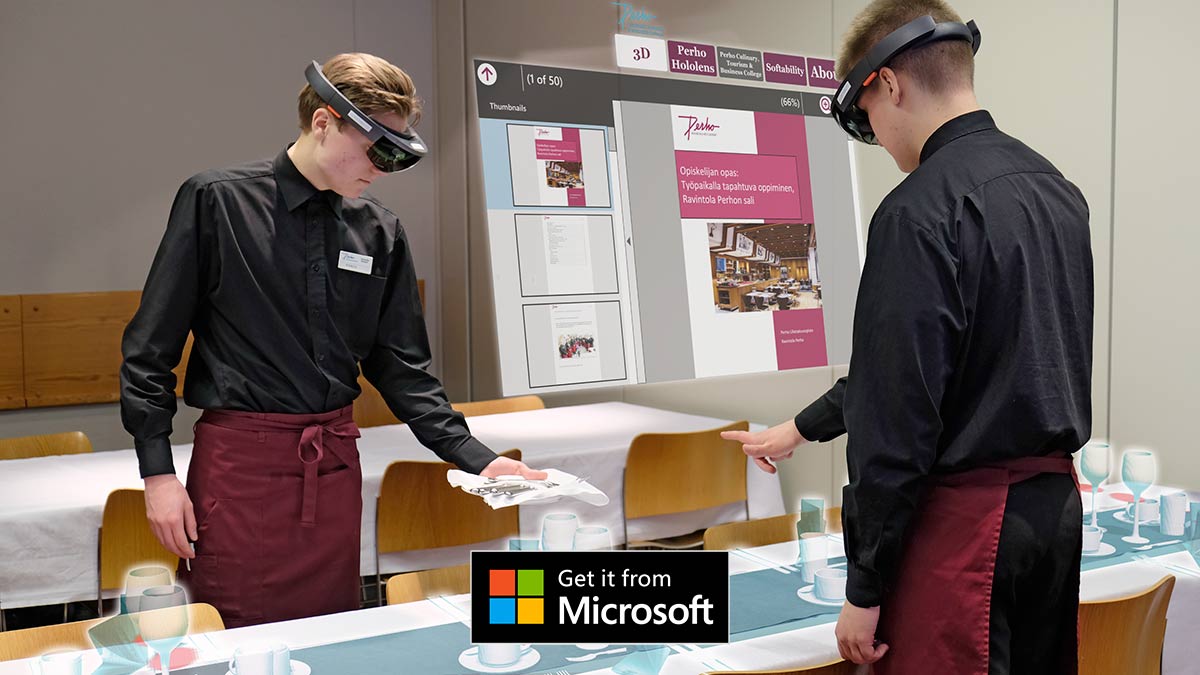 The HoloLens application developed by Softability for Perho Culinary, Tourism & Business College, is now available on the Microsoft Store for other schools and companies to download for testing. The application was developed as part of the MR Amis project. Read more! 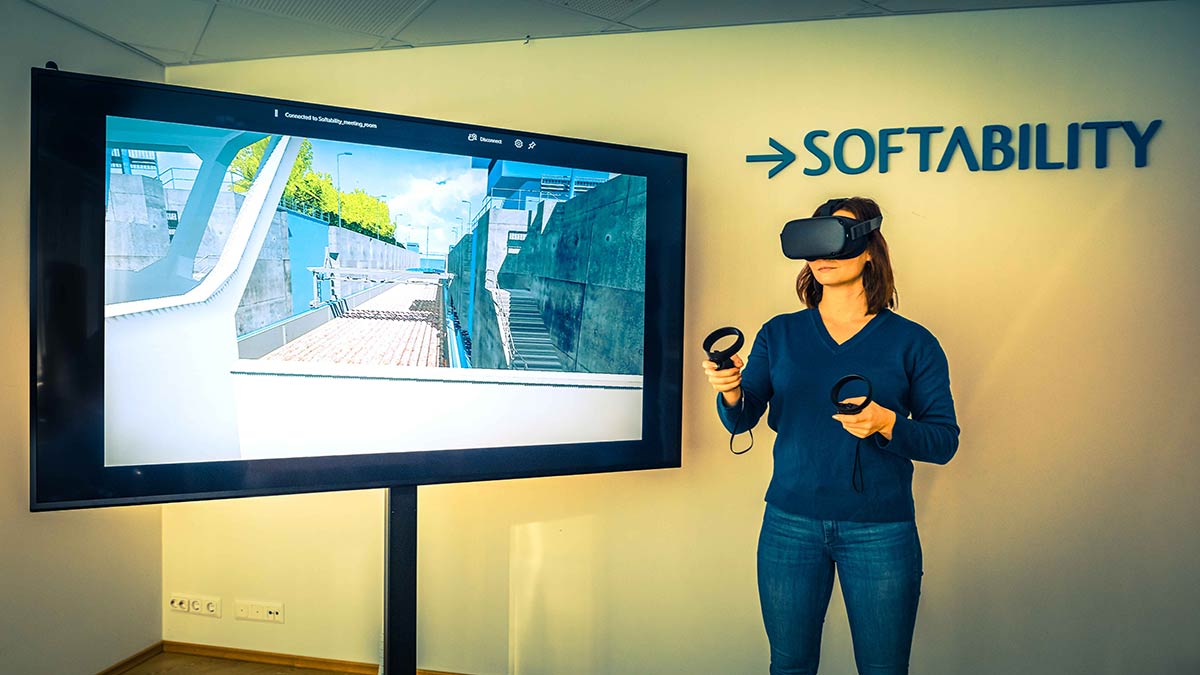 Softability implemented a virtual experience of Saimaa Canal lock project in cooperation with FCG Finnish Consulting Group and Väylävirasto. The end result was presented at the InfraBIM Open 2020 in Tampere, where visitors were able to navigate virtual vessel through the lock and see the reinforcement of the lock with HoloLens mixed reality smart glasses. 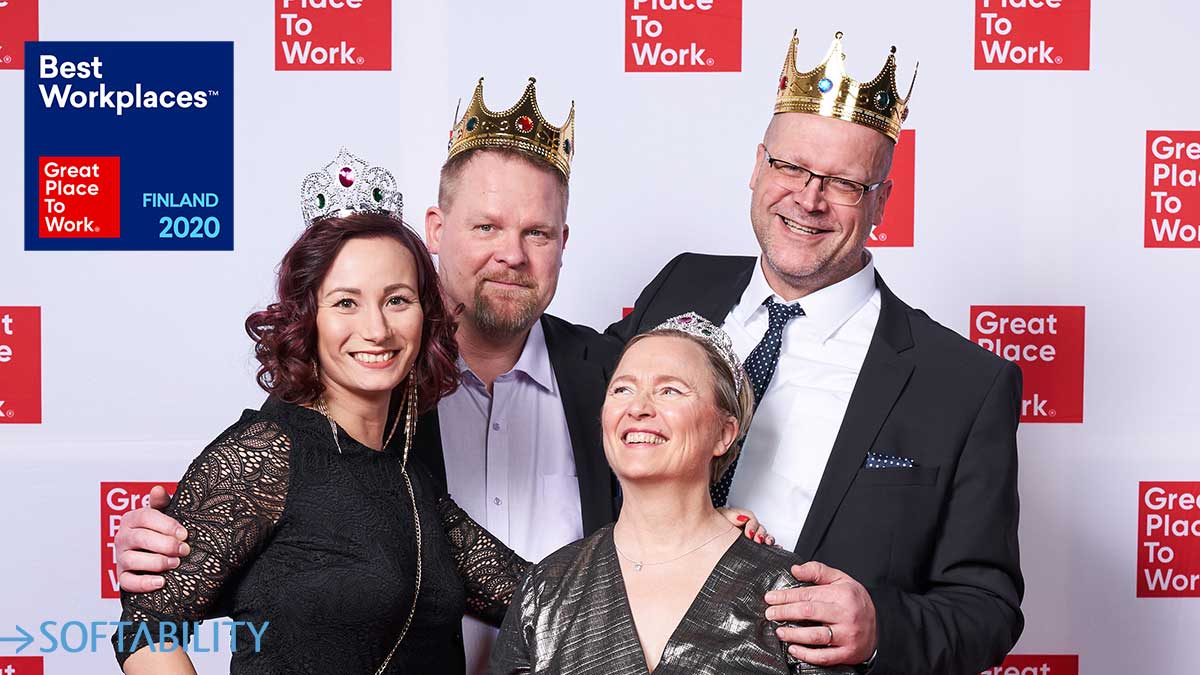 Softability has been selected as one of the best workplaces in Finland for the third year in a row!

For the third year in a row, Softability has been selected as one of the best workplaces in Finland! Based on the Great Place to Work® survey, our company was ranked 27th among the midsize organizations. Thank you for the people of Softability! 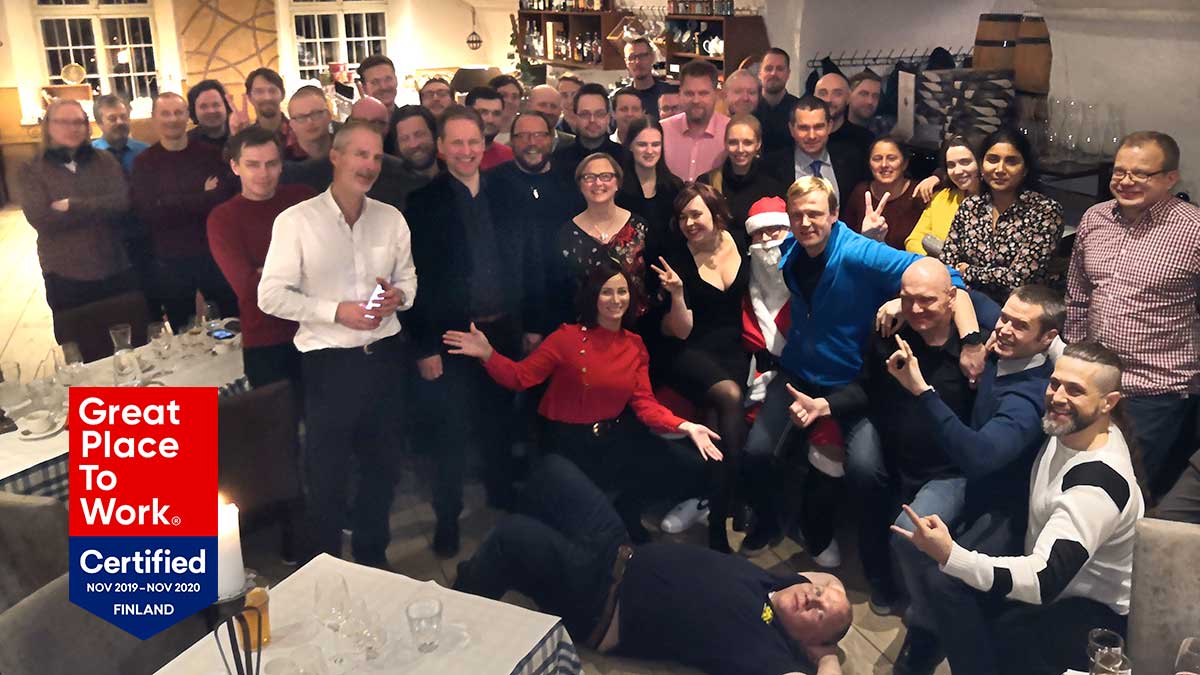 Softability was once again awarded with the Great Place to Work® certificate!

We received the Great Place to Work® certification once again this year with excellent results, and we are proud to say that Softability has been confirmed as a great place to work! A great workplace is made together, so a warm thank you to all Softability´s employees!

This year is soon coming to an end and we are excited to see what the next year brings along. Softability wants to thank you for the cooperation and wishes to everybody a Merry Christmas and a successful New Year 2020! 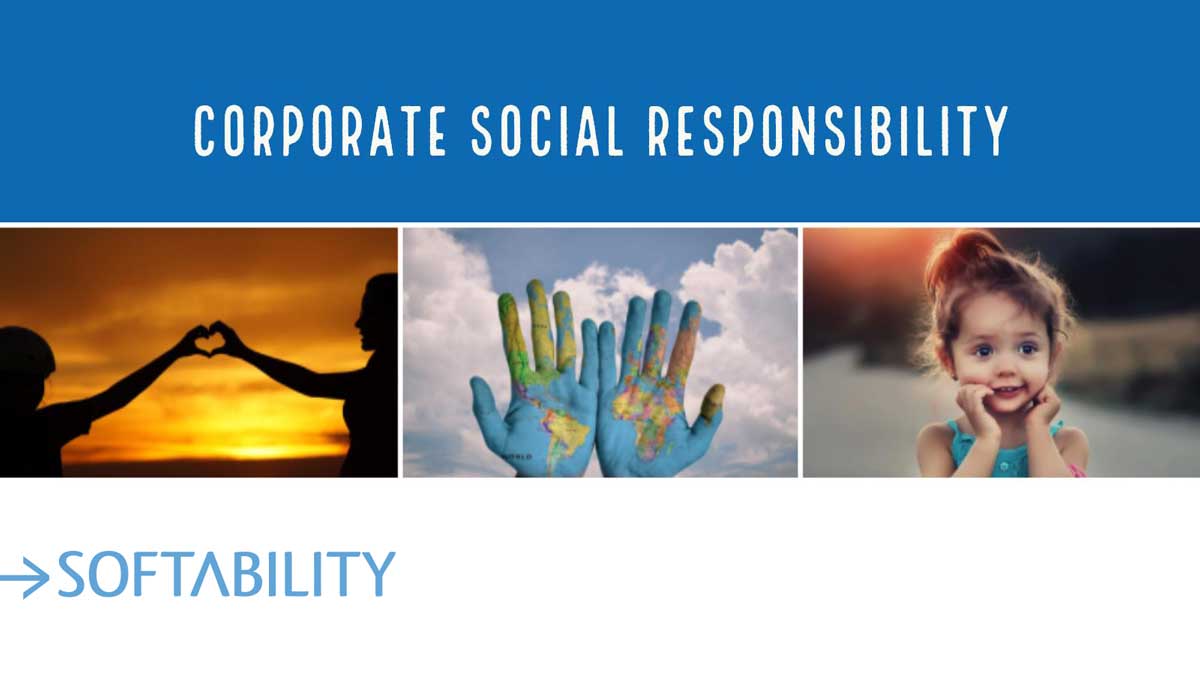 According to Softability’s mission we want to do our part in developing a better world with the help of technology and care. We support selected charity organizations annually by donating 2% of our net profit. In addition, we support Hope organization activities to help indigent families with children. 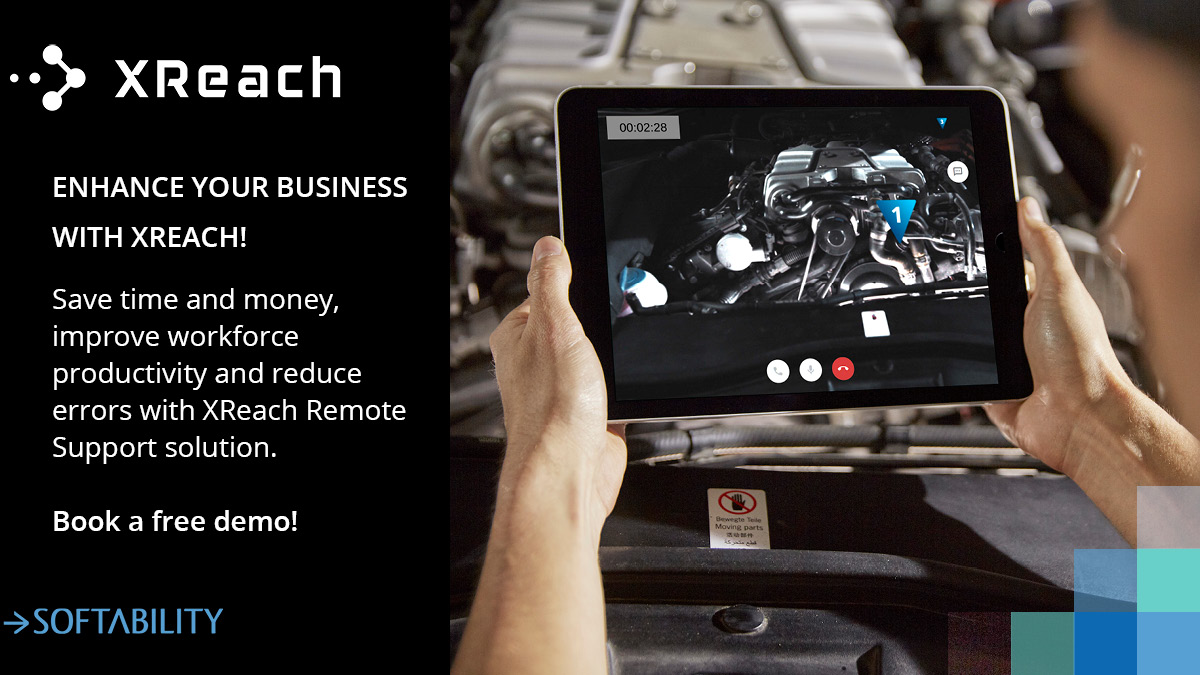 VIESTI is from now on XReach!

VIESTI Remote Support solution is from now on called XReach!